Have a bunch of leftovers I need to clear out. My room is an utter mess with boxes and no room to walk through. I could also use the much needed money for more goods coming from Japan~

1/31 This Sales post and Pickuos post is out of date. I need to update everything. If you're interested in any market stuff please send me a message or check out my recent community sales posts!

Thank you for looking! :)

Almost 7am and I haven't even slept yet... I will be at the first Silicon Valley Comic Con in San Jose, California! ( aka the most forgettable major US city?) You tell me if you know where San Jose is! 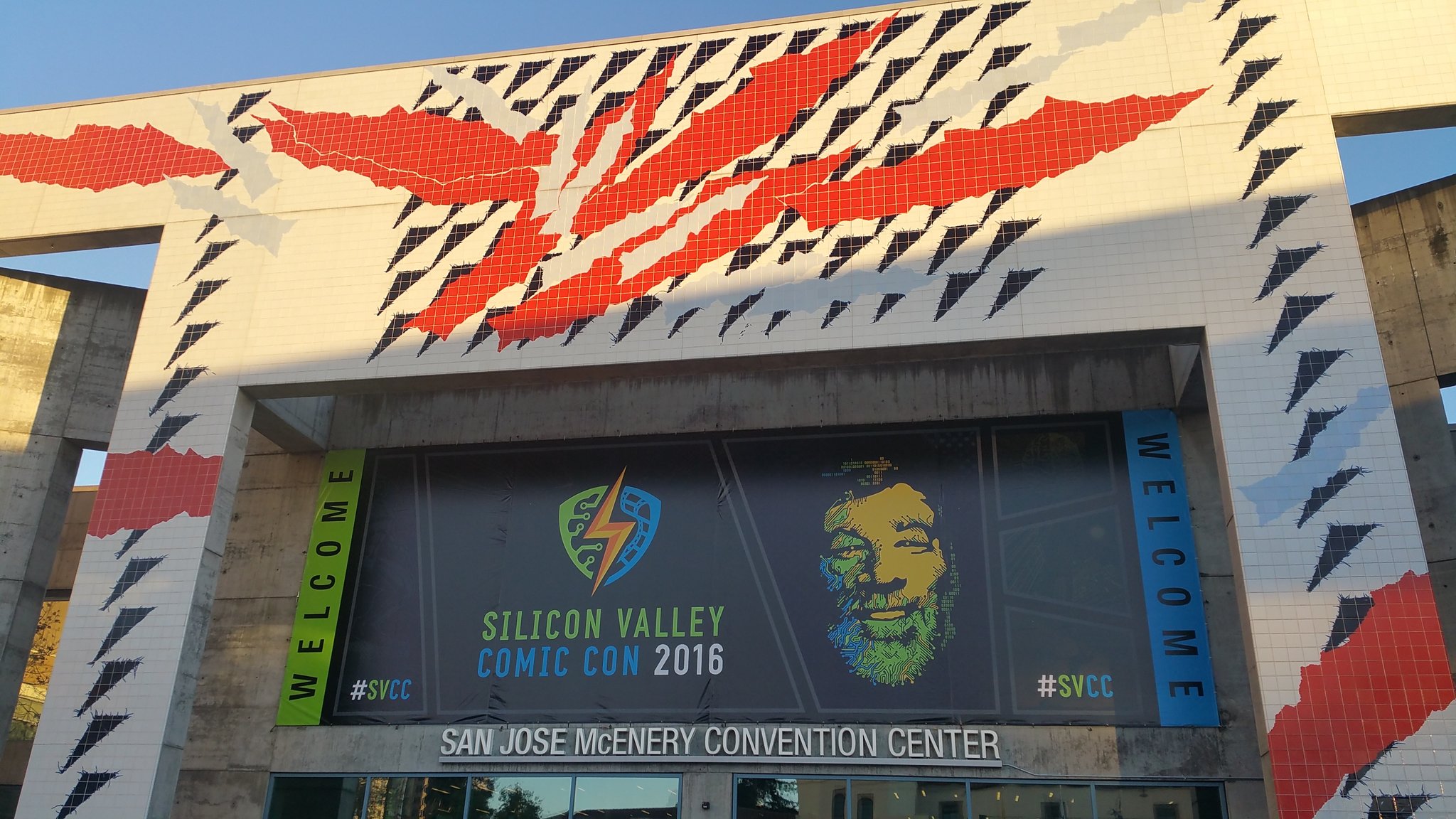 My wallet is taking a major beating right now in Mid March with the Kyoto Center goods and Monthly Pikachu restock/April Pair... Plus I have the convention so who knows how much I will be spending. And... Kinokuniya is having a 20% sale this weekend. ouchhhh. and I just got paid.. so all my money goes to nerd stuff XD

Anyways, Silicon Valley is my home turf - I was born and raised here next to all the tech companies. Bf & I live right down the street from Apple HQ and their new HQ soon across from Ranch 99/Cupertino Village. Their new Hq site is where the old HP campus where my aunt used to work.
Google started when I was like 6 lol right when I started watching Pokemon. xD
Steve Wozniak who's one of Apple's co-founders is teaming up with the one and only comic legend Stan Lee in hosting the convention! I am so glad The Woz decided to bring a big Comic Con to Silicon Valley/SF Bay Area because we sorely need one up here with San Diego Comic Con down south and WonderCon which used to be in San Francisco now in LA.

I am super excited to see Steve Wozniak and Stan Lee in person. ever since reading Steve Wozniak's autobiography he had co-written with a journalist when I was in my high school freshman year I have been a fan even though I'm not an Apple person at all. I just love his personality, the way he see things in tech, didn't seek wealth (went to teach computer classes to kids) and was different from Steve Jobs. Also he grew up in my hometown! And he's pro Bernie!

It's gonna be an awesome one of a kind convention experience! Where pop culture and technology come together at a con - two things I'm very interested in! Well, I am more of a movie/tv person for the comics series than actually reading them but David reads some and he's very much a nerd in both American comics and Japanese manga/anime.

As always with convention weekend, I barely get any sleep. I haven't been productive at all lately too especially since I am actively job searching and hoping to get my foot in at the tech companies here. Silicon Valley is expensive -_-.

It's been pretty much spring since February here...

so what's happened this month~ every week I've been busy with something each weekend...

Super Bowl like 5 miles away from home on Feb 7th

How can I forget Chinese New Year!!

the week after AOD Con - I sold some stuff at the Swap Meet.. Could have brought more...

SF Chinese New Year Parade, Feb 20th~ was lots of fun seeing it my first time! Year of the Monkey :3

Sooo with spring here, there are lots to look forward!

I am so glad I found a 25% code cuz its so expensive but one day I will go to SDCC.... and Comiket ahaha

April 9,10 & 16& 17 Cherry Blossom Festival, I haven't been in years. last year really wanted to but didn't have the money to go up to SF

May 27-30th Fanime! It's gonna be my 8th time going since high school... still need to buy tix

idk what else is going on in the area in the upcoming months but those are the things I'm looking forward to!

Hello, this wishlist if for Spring Swap. I possibly would trade these items from my sales as well. 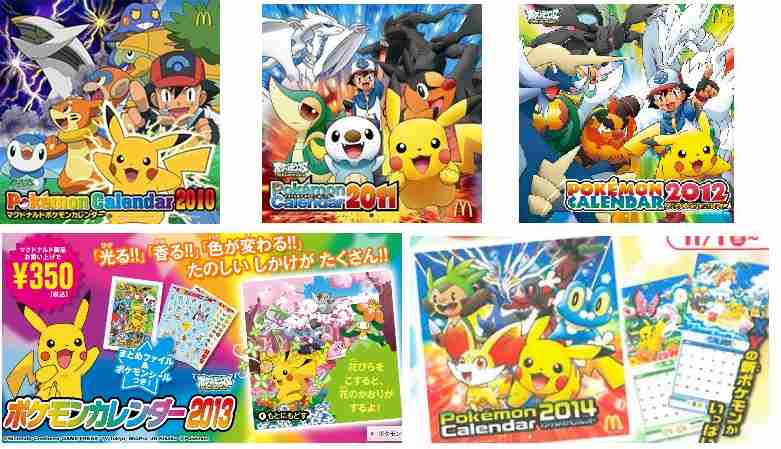 Any older Japanese Pokemon calendars except for 2015 and 2016. 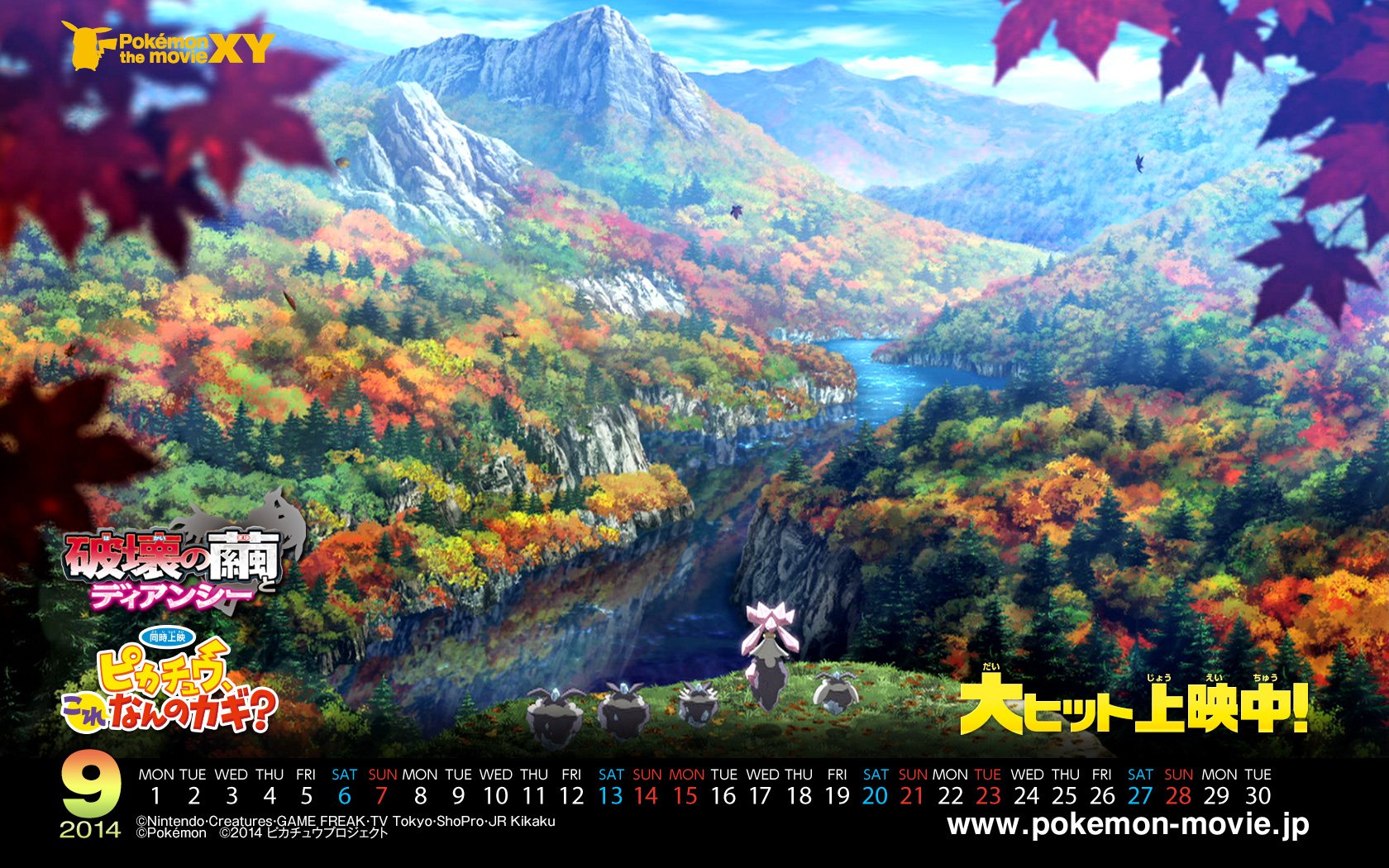 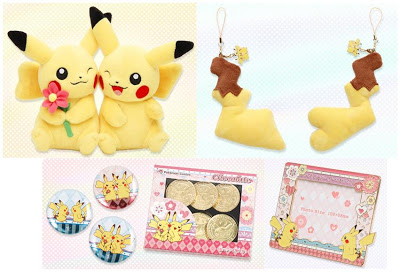 plush, mascot plush, pins, charms, and photo frame I would like!

poster or cleafile or any flats of Eevee & Friends Movie Promo 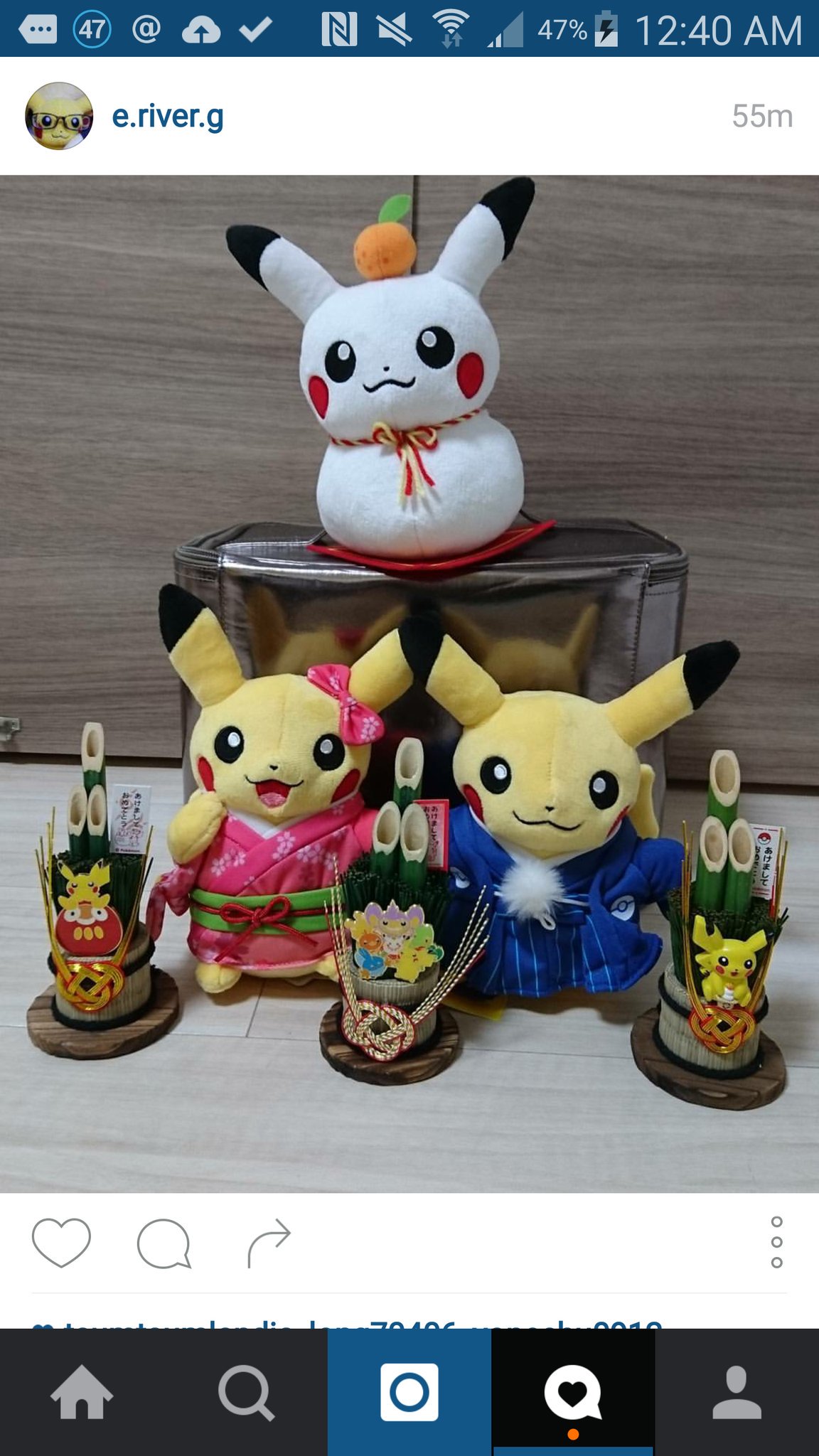 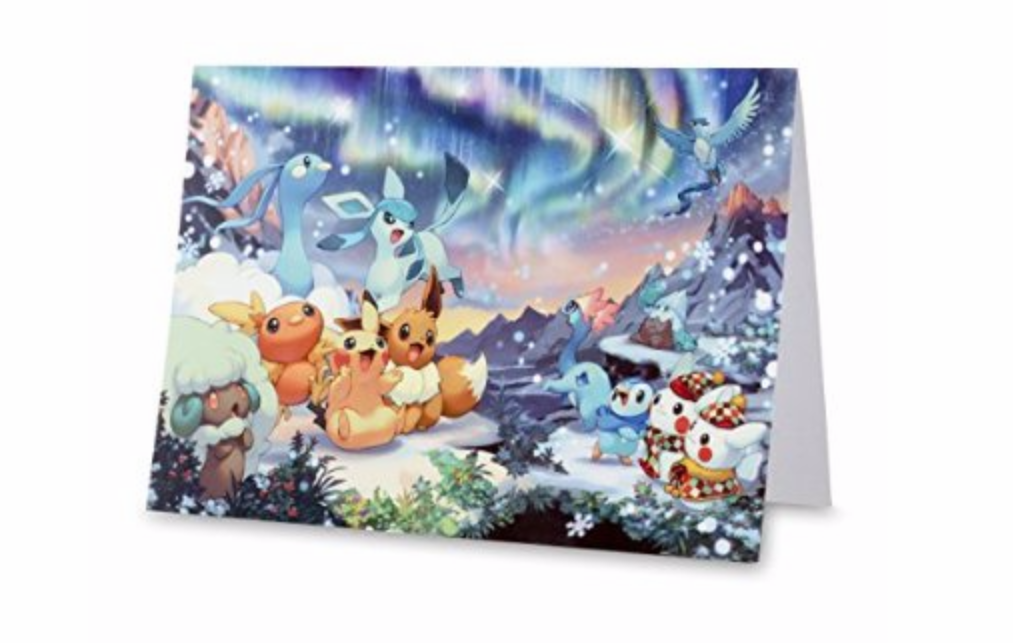 If you happened to have extras blanks of this card, I would love it!!!

- any older cute promo that features Pokemon I like!

- any cute Japanese Aipom and Chimchar plush! (Monkey is my zodiac year) Year of the Monkey this year!

from my signup info
**Favorite Pokemon or Merchandise: I love a lot of Pokemon ~ You can say Pikachu is my main focus because it gets so much cute merch these days... I also love Eevee~ Glaceon, Umbreon, Espeon, Leafeon, Vaporeon, Sylveon. Other faves: Cyndaquil, Goomy, Ditto, Haunter, Dragonair, Ninetales, Charizard, Jirachi, Mew, Lugia, Rayquaza, Wooper, Lapras, Riolu, Water starters and Ghost Pokemon! I can go on..

I am also hoping to collect Darumaka and some monkeys because I was born of the year of the Monkey (this zodiac year)! Johto is my favorite region and I love Pokemon from Gen 2,1, 3, and 6! Red, Brock, Misty, Serena, and Steven are my faves!

Merchandise wise... I do have duplicates of certain plush I like a lot so I do not mind duplicates. I have a big wishlist though so it won't be hard to choose what to get and I prefer the items in new condition. I love promos like the Little Tales, Pikachu in the Farm, Mystery Mansion, and the recent Pokemikke or any promo that features food (sweets/desserts). I also love charms, clear files, stationery, kitchen goods~ anything that is cute and have a practical and display use!

I'm using LJ and Twitter a lot more. Well, I made my LJ back in 2007 and Twitter in 2008. Used both on and off throughout the years. I still need to lj more like make better posts about my life cuz I don't keep a journal which I really should...

splash. I'm lazy and did only less than half and had this draft saved for weeks. LOL.

2. Did you keep your new years' resolutions, and will you make more for next year?
I never really make ones. I just hope for a better year with better opportunities... But I think I should this year because Year or the Monkey and I'm getting to my mid 20s soon..

3. Did anyone close to you give birth?
My cousin recently

Go to more places? Go hike more, go up SF more and check out places I've haven't been to.

David would love to visit Japan as well and his paternal grandfather was an orphan from Hong Kong.

Um Halloween was cool I actually did something on Halloween this year. Went to the Final Fantasy: A New World concert!

8. What was your biggest achievement of the year?
I guess just being more active on the Internet and getting into Pokemon collecting.

Honestly, I can't really think of anything big. It's getting near a year and half at my current job and I got a raise.

9. What was your biggest failure?
Not making more money as in not having a better job or going back to school and studying. I was hoping that Raymond and Trent could get me into G... If only I told Trent I was interested... Had no idea someone with minimal qualifications like Raymond can get the job. Even though the the shifts suck because every month you have a new schedule and work odd hours. But the money and it's the Big G. Free food and yeah all that good stuff.

It seems like this year I just concentrated on my hobbies instead of going back to school.

10. Did you suffer illness or injury?
I missed a few days of work early this year when I had a nasty cold/flu... Also had UTI problems for the first time >_>

I tripped badly on the way to work.. I had to wear a knee brace. So I was limping pretty badly for some days. It would hurt to sit down and bend over.

I also went to the ER for the first time. Nothing serious.. The hospital sucks so the waiting time tool hours and I didn't get treated but the EKG test they ran was fine. But it was very scary when I loss consciousness and blacked out. I guess I was too dehydrated after running to the bus stop or something with my body since I wasn't eating right and feeling no motivation during that time.

Luckily I don't get sick during summer or fall...

11. What was the best thing you bought?
Lots of stuff. I can't pick for Pokemon. I love it all.

13. Whose behavior made you appalled?
The GOP. A few Pokemon sellers/collectors on Facebook

15. What did you get really, really, really excited about?
Going to Anime Expo, Pokemon anniversary coming up, Pokemon GO annoucement, Pokemon Worlds announcement in SF coming this year!

Anime Expo's 25th anniversary! (David bought a pass so he's going for the first time along with a Canadian friend)
Pokemon World's in SF

Oh yeah, I am hopeful things work out and I somehow get my foot in at a contractor/vendor at The Big G. I could really use the money to go to Japan finally and travel more. I want to make progress in life cuz this year is my zodiac year... I will be in my mid 20s soon. Gosh where has the time gone. I wish I was 22 again.

Hello everyone! 2015 was my first year of serious Pokemon goods collecting as I joined the community back in December 2014 and have learned so much and found a new enjoyment! I didn't get back into Pokemon until 2013 and bought some goods here and there from 2013 to 2014 until.. I found out about the Little Tales promotion and the Mega Tokyo/Pikazard... and I was hooked... I had a LJ account for years and didn't even know about the community till late 2014. and here are are one month away from the anniversary. It's great to be a collector now!

This post will serve as my one year anniversary post/first year of seriously collecting (it should have been posted last month ^^;;). By seriously collecting... I was buying stuff from Japan every month -- either Pokemon Center promotions or items on Yahoo Japan!

It's a super long post where I typed up what I got for each month. I also am sharing the 2015 Pokemon Bi Monthly calendar pages which will separate each 2 month period. Hopefully I remember when I got each promo/when they were released. XD 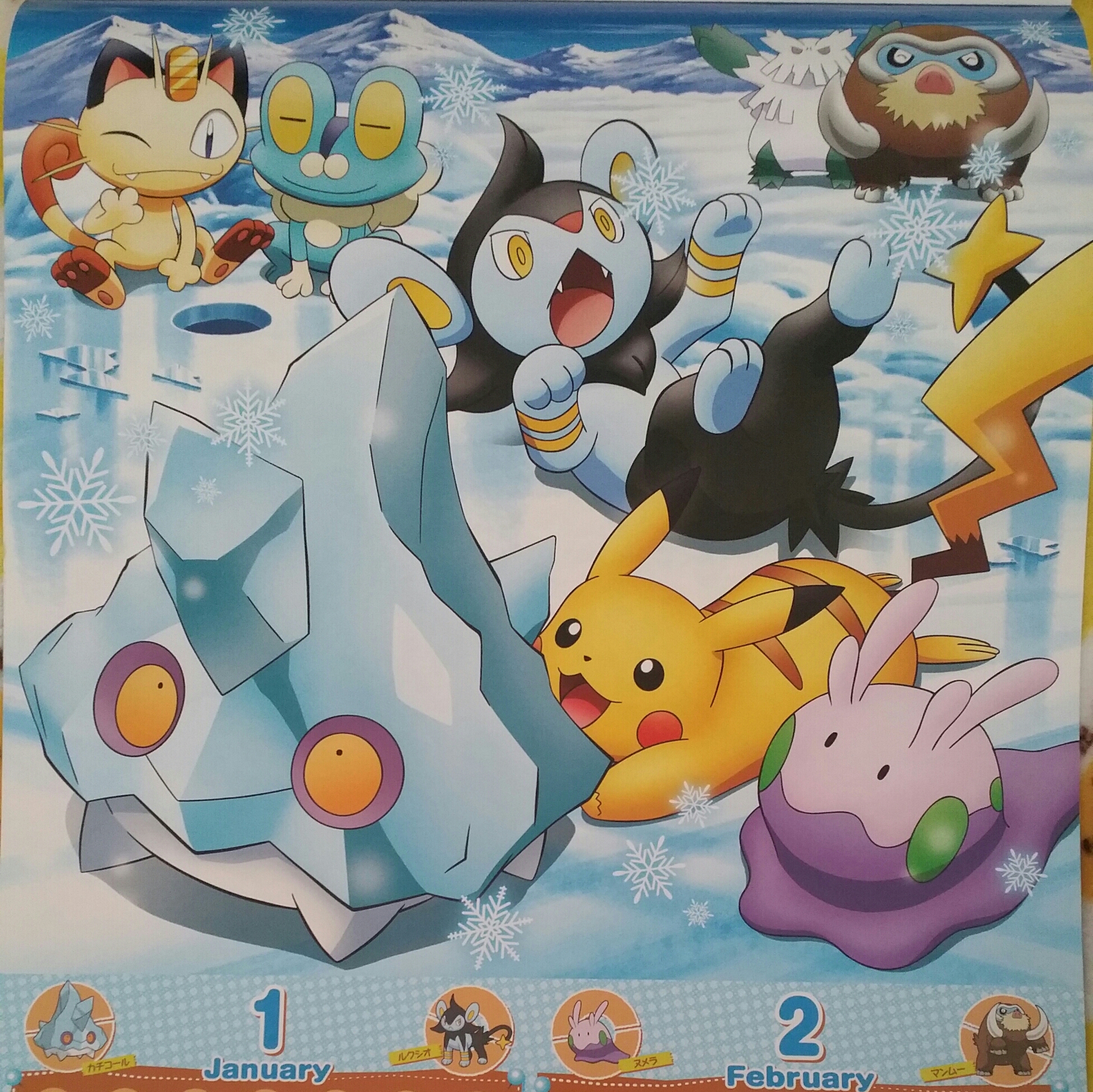 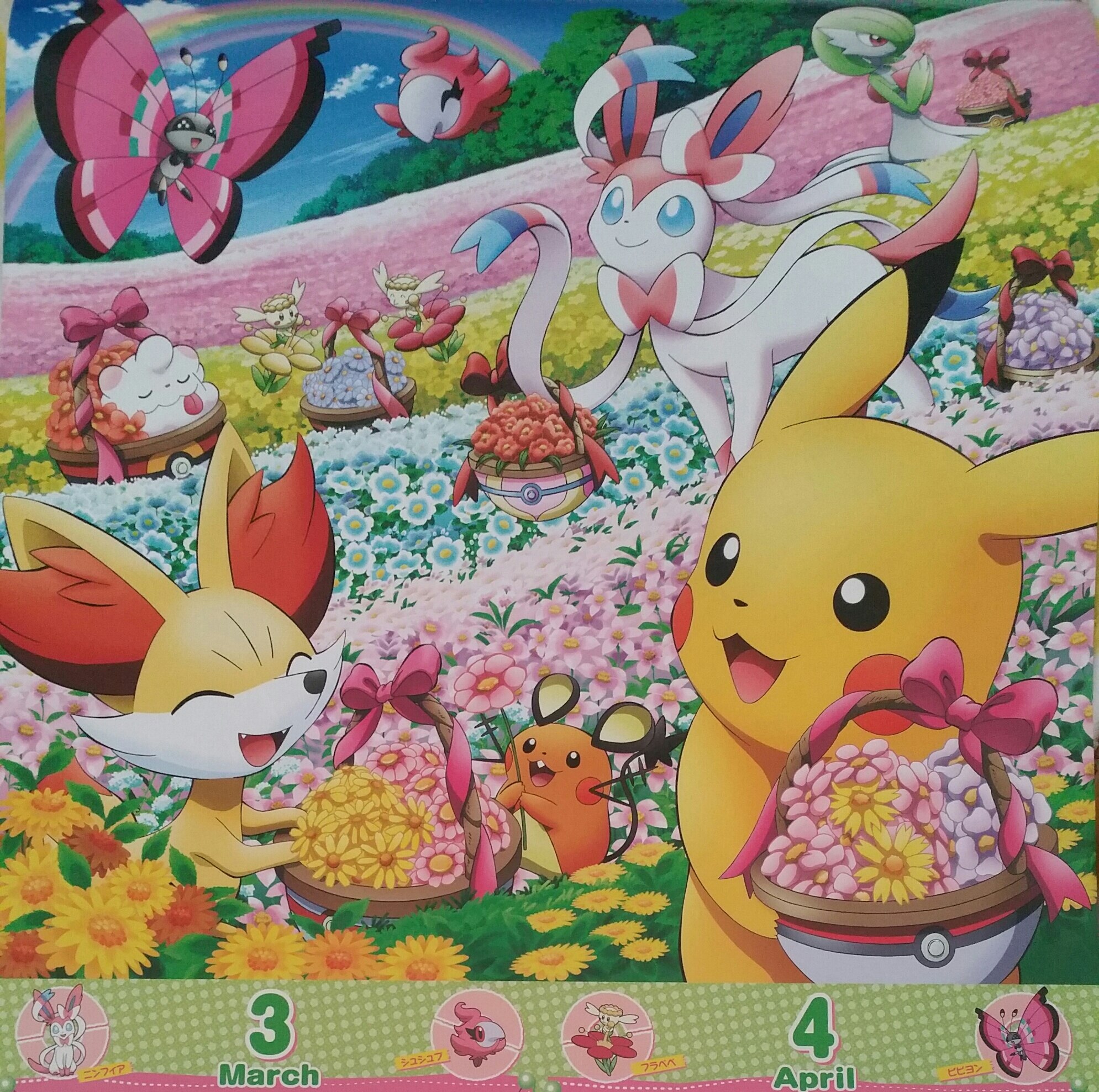 Happy Friday! I am very fortunate to live here in the San Jose area (Northern California) where there are three major Japanese supermarkets and the Japanese bookstore chain Kinokuniya that are very close by. I like to do some pickups for the community for those who don't live near Japanese markets and Kinokuniya. This gives me an excuse to actually go out and check out the stores more frequently. :D

If anyone is interested in these items from the bookstore and supermarket, check it out! 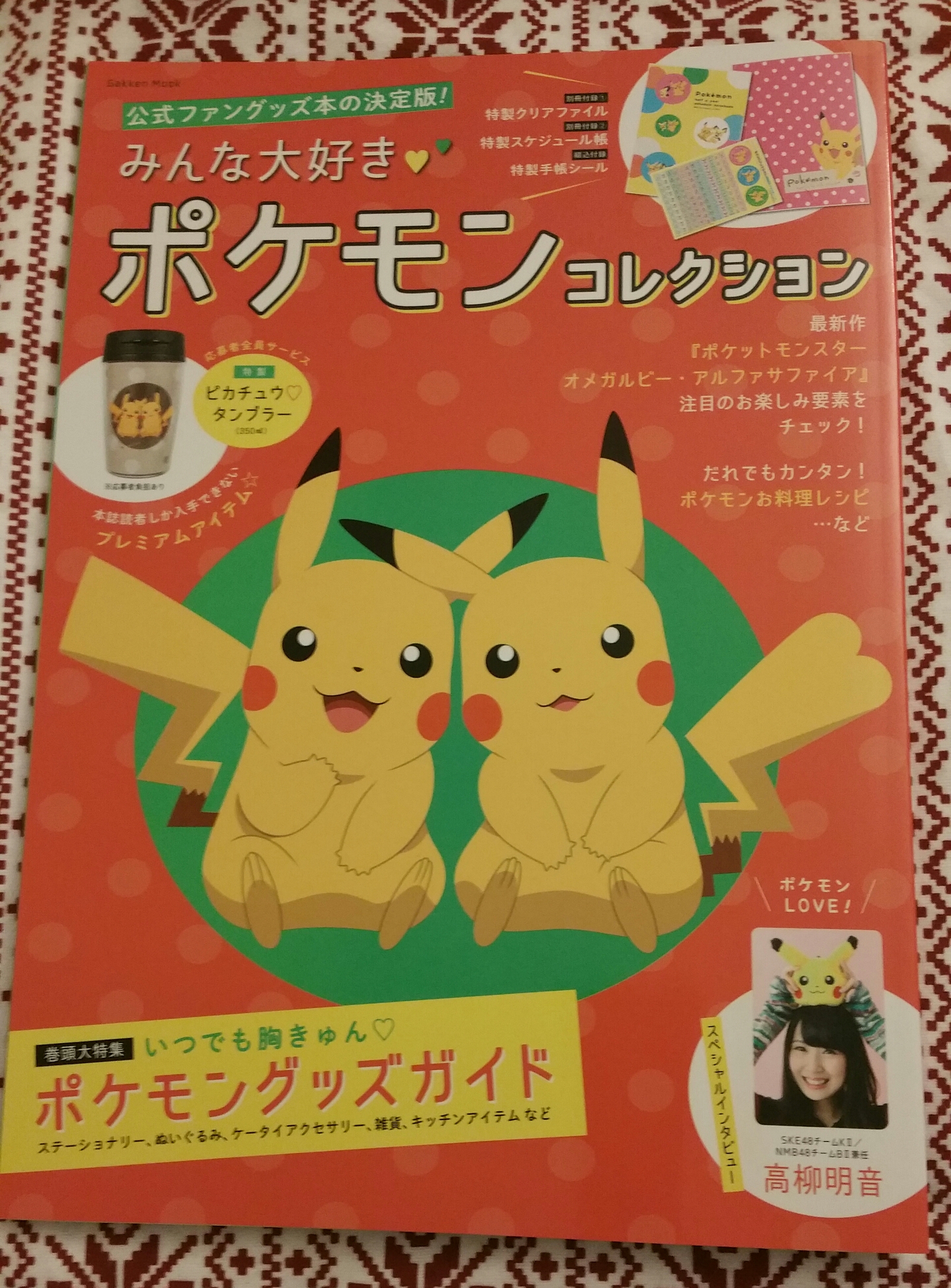 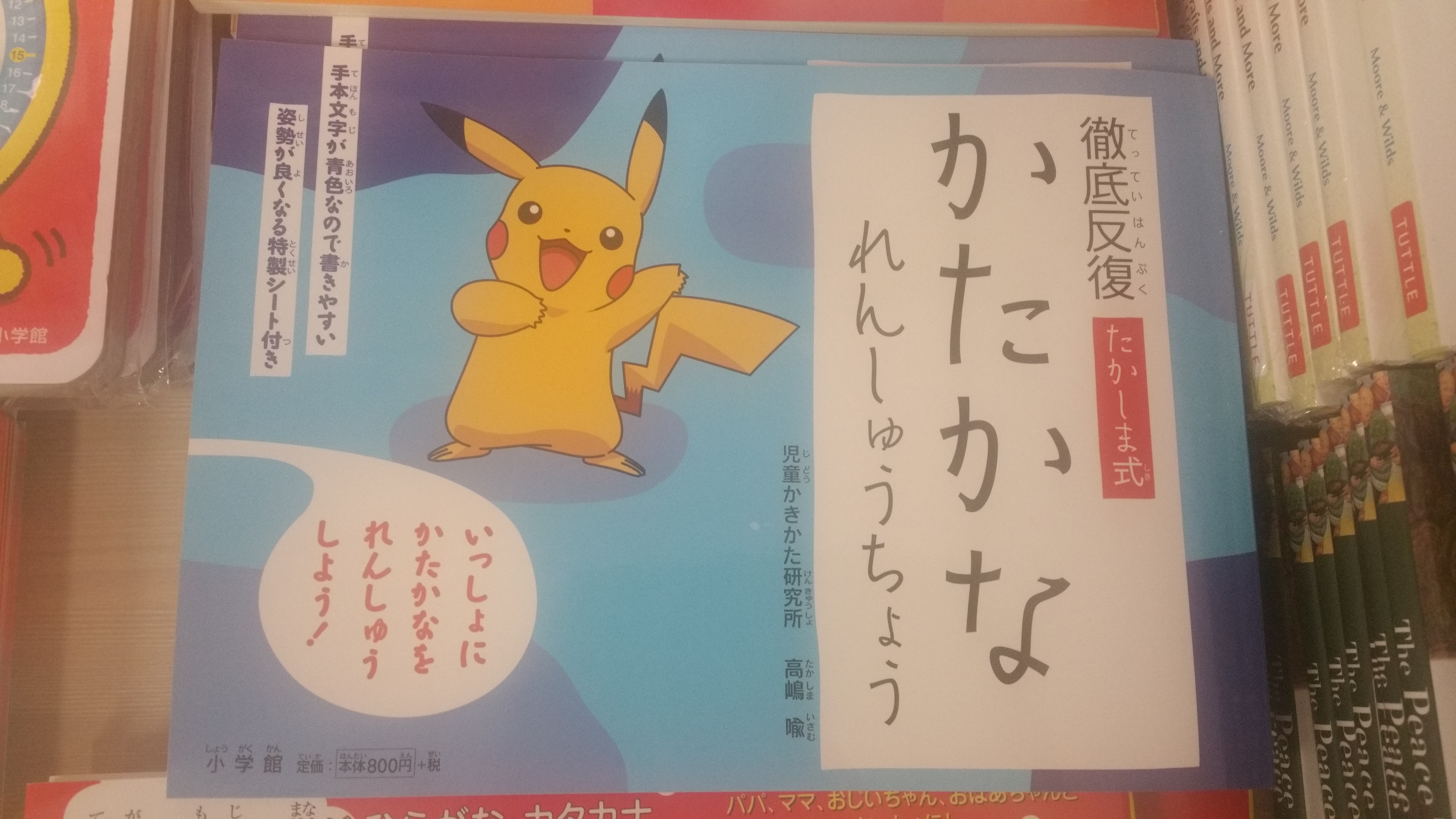 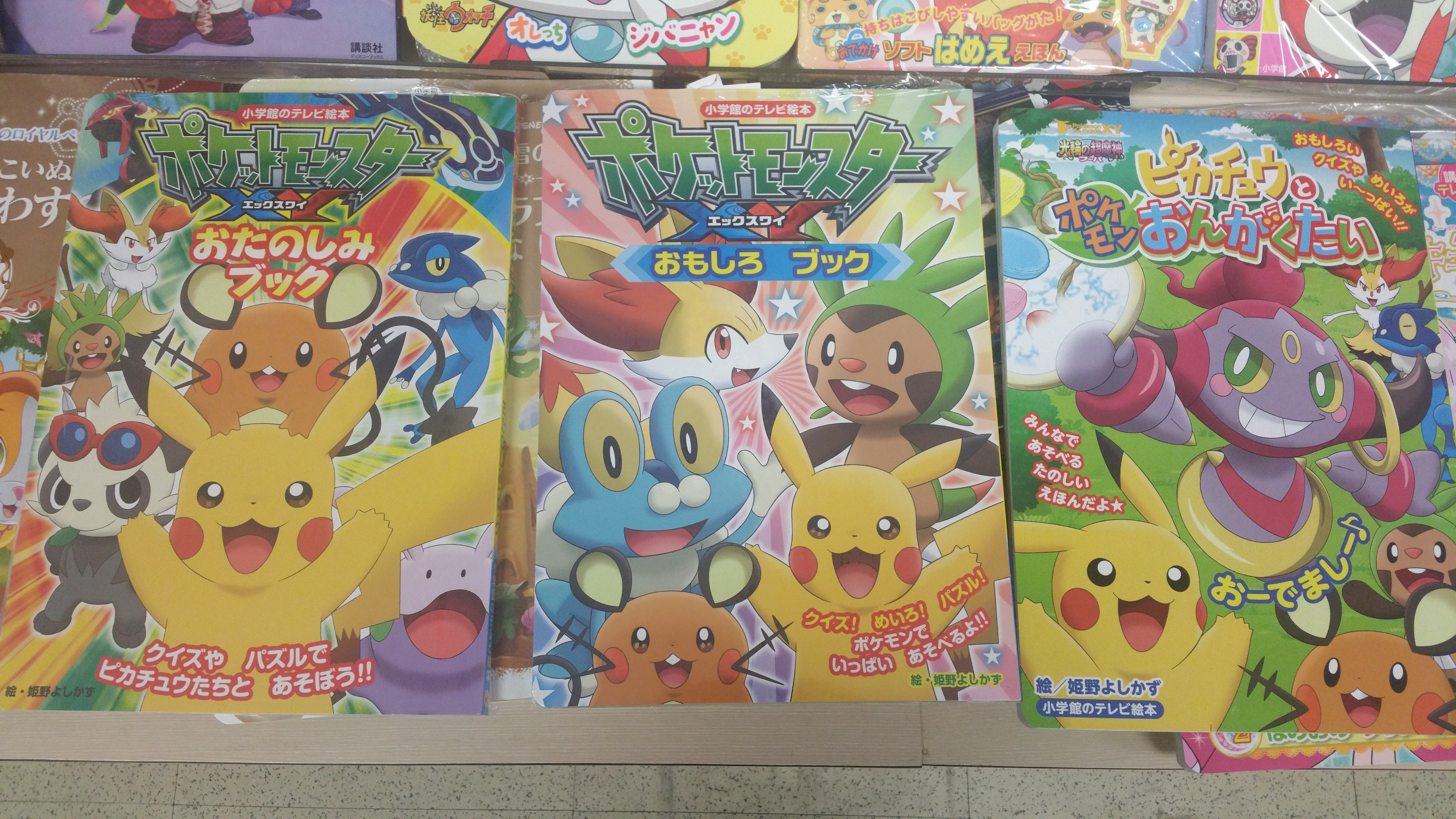 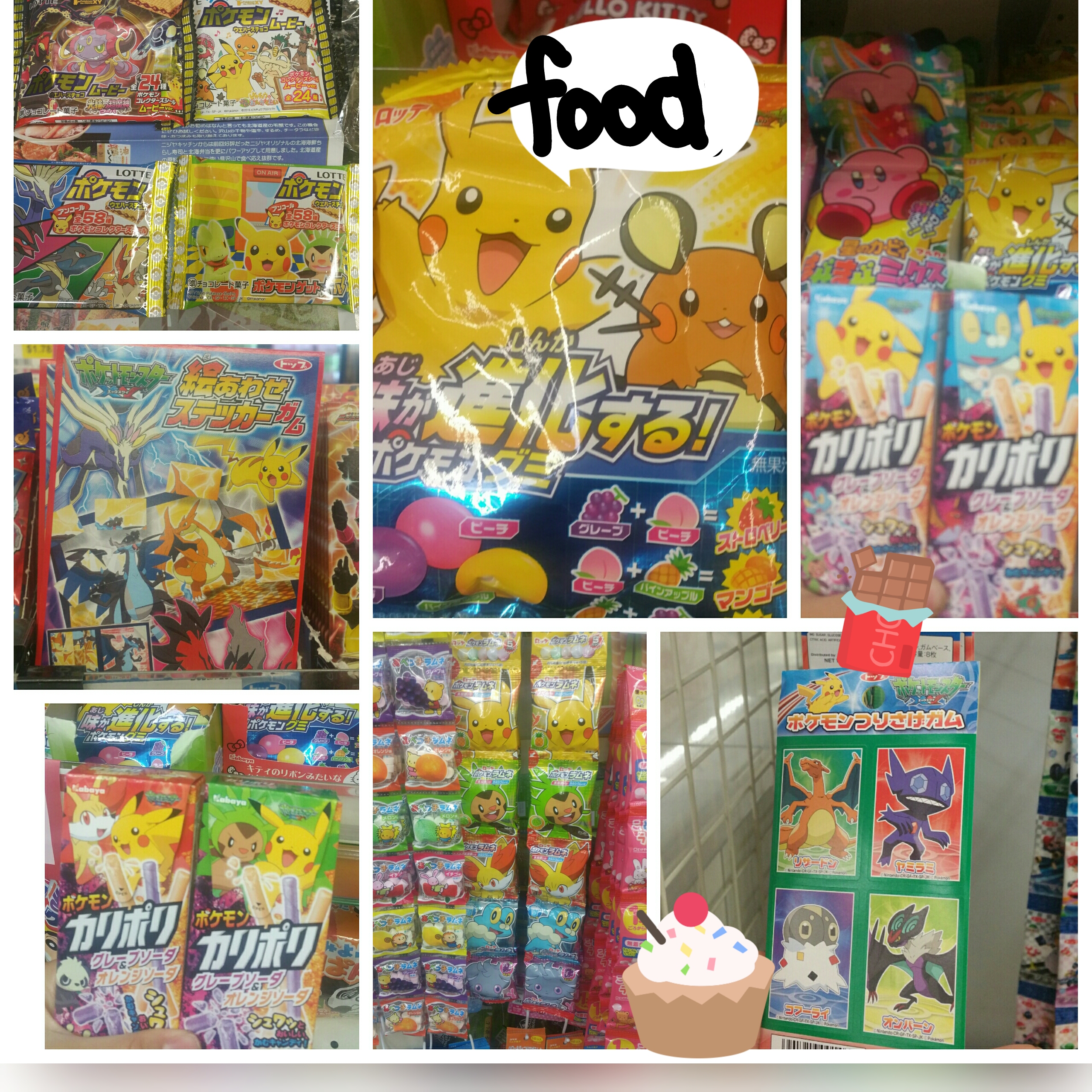 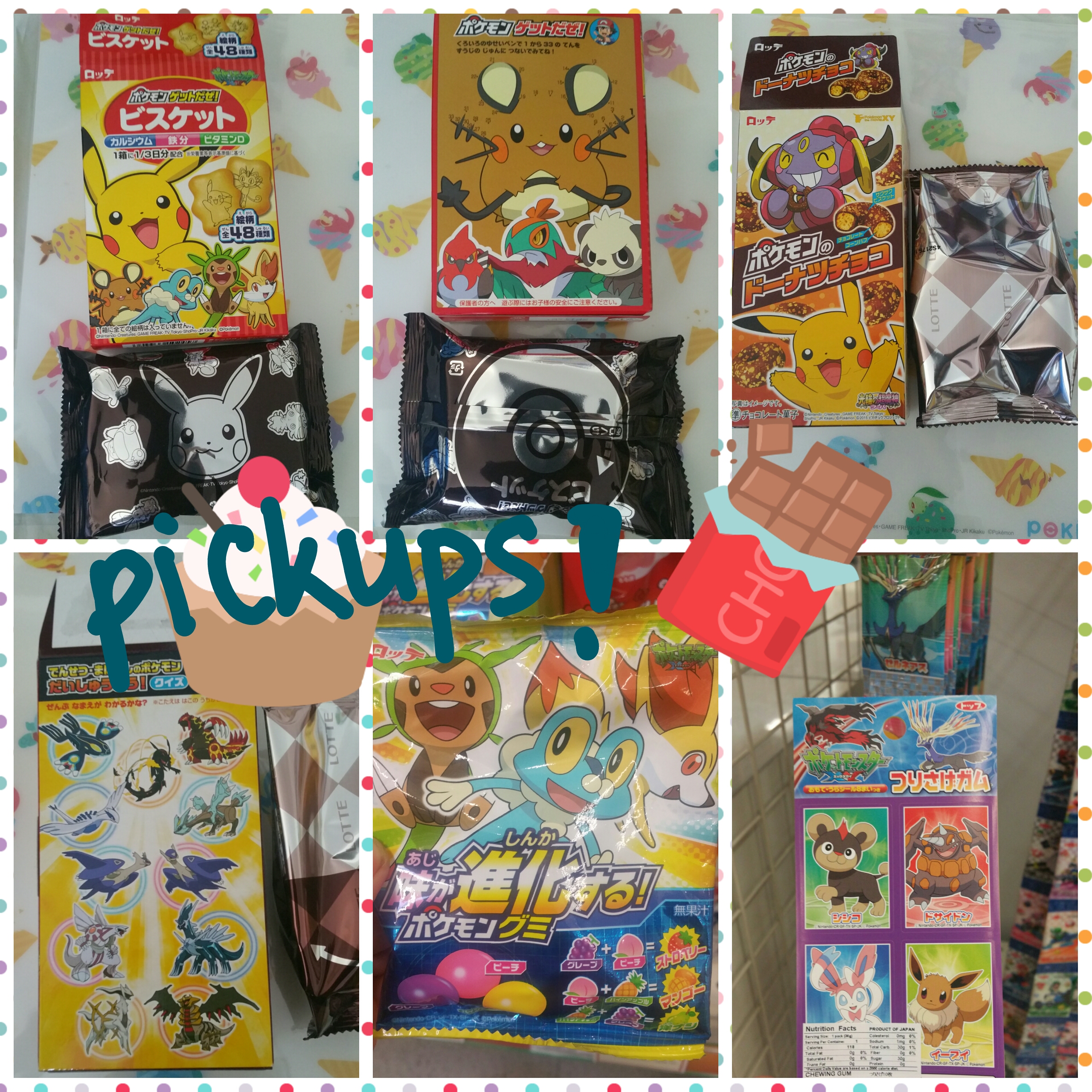 More Sales~ Click image to be transported to my sales page! 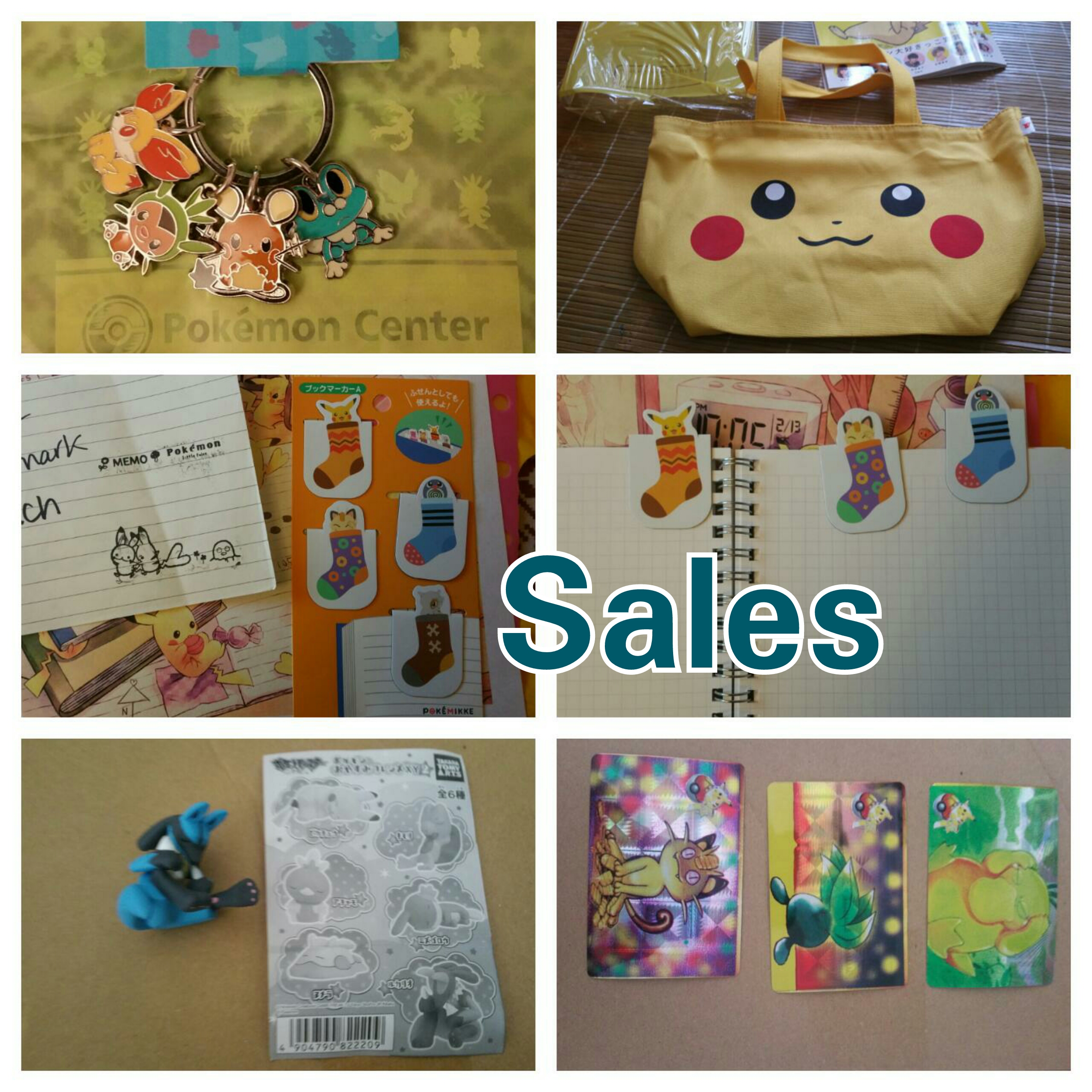 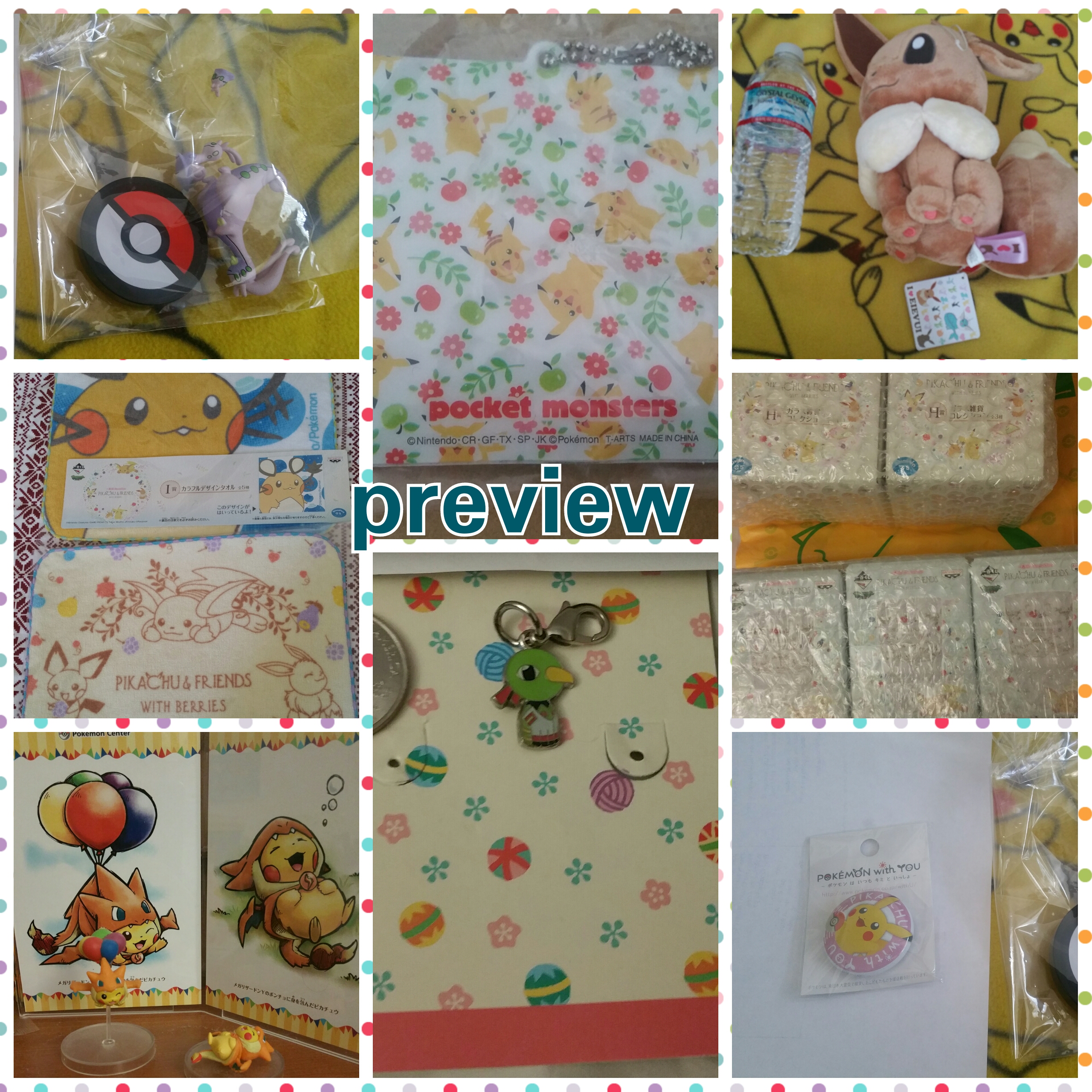 Feel free to ask questions~ I plan on making a Pokemon food info page on my weebly soon. I love Pokemon snacks from the Pokemon Center and markets! XD

Thanks for looking!
Collapse